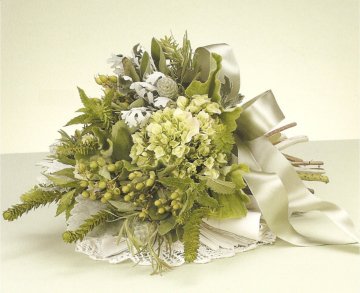 “There are some things I know for certain, always throw spilt salt over your left shoulder, keep rosemary by your garden gate, plant lavender for luck, and fall in love whenever you can” – quote from the Practical Magic.

As spring arrives, gardens are being planned and preparations for the upcoming wedding season are being made.  Historically and culturally these acts went hand in hand, fresh herbs have been essential to wedding ceremonies and traditions for centuries.  Before we had the floral bridal bouquets we know  and celebrate today, herbs and spices were worn or carried in during wedding ceremonies.  The ancient Greeks, Romans, and Celtic brides were known to dress in particular herbs to ward off evil spirits.  Instead of choosing a bridal bouquet for beauty, color or theme, herbs and spices were incoorporated into wedding ceremonies because of the symbolism and cultural significance.  So, why then should one keep rosemary by the garden gate, why plant lavender for luck, and what does an herb garden have in common with the upcoming wedding season?

Throughout the ages and across cultures there are some herbs that are significant to wedding traditions and ceremonies; including rosemary, dill, thyme, sage, and lavender.

Rosemary: Many ancient Greek  brides wore rosemary wreathes during their wedding ceremony symbolizing fidelity and remembrance.  Legends and folklore suggest that rosemary will not grow in the gardens of the unrighteous.  Traditionally, brides would take a cut of rosemary from their wedding bouquets or wreaths and plant it near their back door to be a continuous reminder of the strong roots of their marriage and their vows of fidelity.

Dill:  It’s popularity stems from the Middle Ages and is derived from the Norse word “dilla” meaning “to lull”.  It has long since been incorporated into wedding ceremonies because of the belief in it’s protection powers.  Many times after the wedding ceremony dill from the bride’s bouquet was hung at the door of the newlywed’s home to symbolize further protection of the couple, and keep them in good spirits.

Thyme:  Thyme has long been associated with folk magic dating back to the 1600’s.  It was used in many ceremonies and recipes with the intention of encountering faeries.  Paying homage to elusive faeries was important to many brides.  It is said that faeries live on a bed of thyme, and when used in a bridal bouquet it represents courage and strength.

Sage:  This herb symbolized immortality throughout many cultures.  The Ancient Romans used it in wedding ceremonies and also believed that eating sage could make one immortal.  Ancient Arabians believed sage would strengthen one’s mental capacity and understanding of life.  Thus, the use of sage in a bridal bouquet symbolizes long life and good health.

Lavender:  Lavender has been used widely because of the wonderful scent and the aroma is said to soothe anxiety and aid in depression.  Lavender plays a role in many ancient wedding traditions, symbolizing devotion, purity and luck.  Many believed that giving lavender to a newly married couple would bring good luck and sprinkling dried lavender in their home would bring everlasting peace.

So, this Spring whilst planning your garden or your wedding, enjoy the significance, embrace the meaningful traditions and above all, have fun with it!