“The Dude Abides!” or Bringing Back the Groom’s Cake

HomeBlogBlog“The Dude Abides!” or Bringing Back the Groom’s Cake 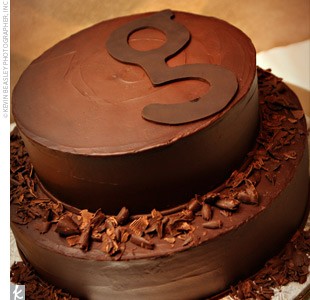 The tradition of the groom’s cake has its roots in Victorian England. While the wedding, or “bridal”, cake was typically decorated in a feminine, white design, the groom’s cake was often a heavy and dense fruit cake, which was sliced and put in small boxes as “favors” to give to unmarried women attending the wedding. The cake was never eaten, but put under the pillow of the recipient in the hope that she would dream of her future husband. This practice evolved into an appealing way to give the groom special recognition on a day when most of the attention seems to center on the bride.  Finding popularity originally in the Southern United States, the groom’s cake began to take on an air of whimsy, reflecting the personality of the groom and as a fun departure from the formality of the event.  For many couples, however, the groom’s cake fell out of favor as an added and unnecessary expense.  Today, it is making a big comeback, but in a modern and well-dressed way!

The groom’s cake can serve a variety of purposes.  Consider making it the sweet ending to the rehearsal dinner (which is usually hosted by the groom’s relatives). This gives the evening a special significance in honoring the future husband-to-be.  More traditionally, the groom’s cake can serve as an alternative choice to the bridal cake at the reception. Rich, dark chocolate elements or off-beat flavors (maple-bacon buttercream, anyone?) tempt guests with intriguing variety.  The cake can reflect the groom’s interests, hobbies or personality, but does not have to resemble a car, pizza or bleeding red velvet armadillo (think Steel Magnolias). Go for a bold, yet tactful design that speaks to the masculine crowd:  geometric lines, square tiers, monograms or minimal graphic silhouettes. Want to ramp it up even more? Just add booze! Go for a cake that has a touch of alcohol as flavor, from Kahlua to Jack Daniels (just be sure the caterer knows to warn the guests!)  And who is to say that the groom’s “cake” has to be cake?  Consider a truffle tower, pie pop display, cake “shots” or decorated cookies in flavors that the groom is known to love and that add variety and visual appeal to the cake table.